…I had while lugging big pieces of construction debris several yards to an industrial dumpster.

The skylight job boss requested me for the next day’s work but alas, I got ‘sick’ for the first time in 7 years (!) and couldn’t go… when I felt a little better, the temp agency guy said he had work, which I presumed was the skylight job. It was 26 degrees, so I donned my Coveralls [see Pie in the Sky! for the photo of this man-magnetizing garment 😉 ]. By the time I found out it was a McDonald’s remodel, I had already committed and, as mentioned in the tagline, there was a huge pile of heavy, bulky stuff that needed to be dragged to the big trash bin…

One piece in particular, a 3 x 6 foot wood pallet with cardboard sides nailed to it, was ree-DIQUE-u-lously heavy. I couldn’t pry the cardboard off nor could I move it very far very fast. I got more and more frustrated and asked finally myself WHY I kept punishing myself by doing these icky, backbreaking jobs (!). (Part of it is my fear that they’re the only thing available and that’s legitimate; I have applied – see video 1 – for all kinds of stuff, all over this town and I swear, not one company for which I filled out an application called me back. Musta been my green hair and 5 nose piercings… not!)

Background: every time the temp agency man talks to one of the bosses about me, he tells them I work as hard as any man (and I smugly agree to myself in my most toughguy inside voice: “Yeah!” while conjuring up the feeling of curling my arm to make my bicep bulge), and it’s true: I work very hard and have oft felt so proud that I keep up with 20-something-year-olds on job sites. Yet, as I fought with that cardboard-sided pallet, while miserably sore-throat coughing, it hit me:

Why? Because it’s all I knew! I had been my kids’ ‘dad’ as much as a woman could while raising them and it had become my default tendency!!! OMG! I realized right then and there that I was SICK and TIRED of being the MAN! (And oh, how it had affected the guys I attract!) I decided I don’t have to be the man anymore, in public or private, at work or at play. What a RELIEF! I was OVERJOYED to unearth my two-decades-long pattern / habit. More good news: just after making my discovery, a real male from the temp agency arrived to lift the stuff I could not. He is a great guy with a positive attitude; working with him really lifted my spirits, AND, as a bonus, he is going to change my oil for only $20! The strain and strife was worth it to realize, at my tender age (ha ha ha HA!) that I can be my feminine, womanly self. 😀

This site uses Akismet to reduce spam. Learn how your comment data is processed. 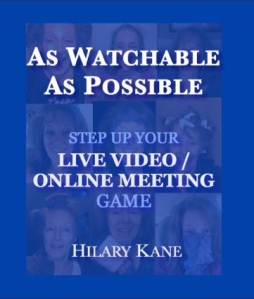